Jackie Pifer, our Life Enrichment Director brings just that to Twin Creeks Assisted Living and Memory Care, a life enriched of travel, a love for veterans and a passion for furry friends.

Growing up in a military family, Jackie had the opportunity to travel. Her father spent 22 years in the army as team command and drill sergeant and in his retired life, he became a Commander of the VFW Post in Mansfield, Ohio. He met Jackie’s mother in Germany where both her sisters were born and where she was conceived, and the entire family moved to Fort Bragg, North Carolina where Jackie was born.

When Jackie was four years old, her father transferred to Germany while her mother and kids decided to settle with their Grandparents who retired and moved to Bradenton and she says it was the best move to come to Florida in 1983. With her family living in Riverview and becoming an aunt, Jackie easily settled here and has called home since.

With not only her father but also her nephew being in the Army, the veterans’ community has always been a passion of Jackie’s. While her nephew was deployed, Jackie had residents of her assisted living community make care packages with homemade cards to send to their troop. 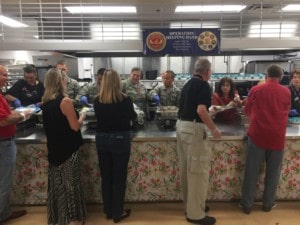 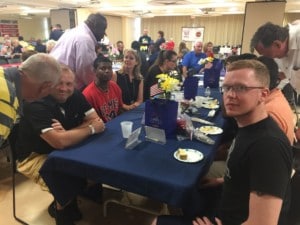 Another passion of Jackie’s is helping to reduce the population of cats and dogs in the area. She noticed her neighborhood had many strays and became involved with the Animal Coalition of Tampa’s T&R (Trap and Release) Program. She borrowed their traps until she bought her own and lured cats into the traps so they could be spade or neutered.

Some of the younger cats can be domesticated and many, Jackie has helped to find forever homes for them. The older feral cats are more difficult to domesticate so once they are spayed or neutered, the tips of their ears are clipped as an indicator that the procedure has been performed.

“It can be a waiting game to trap cats. I’ve spent the night in a car waiting to catch some feral cats!” explains Jackie. 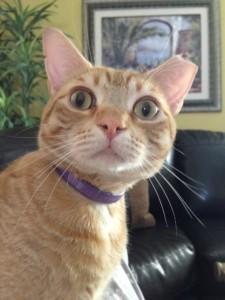 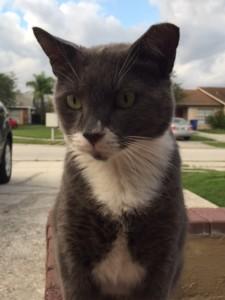 There have also been rescued and lost dogs that Jackie has been able to use social media to find their owners. Her family as well, have become animal lovers in the process and when a neighbor’s dog was seen to be mistreated, Jackie approached them and soon enough, that neighbor asked her to adopt the dog. This red Pitbull, Buddy is now a member of her family’s growing rescue dog family of four. 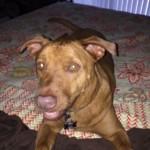 Jackie plans to share her love of animals with residents who will have the opportunity to tour the Pet Rescue Resource Center.

“I’ve taken residents in the past to rescue centers and was worried about the loud noise but residents have always loved the experience. They’ve especially enjoyed petting the sweet dogs and loving on the adorable kittens.”

As for the activities involved with Veterans, the American Legion hosts Bingo nights with fish fries and flea markets which residents will also be able to enjoy.

Other special items that Jackie will bring to residents are fidget blankets which was first introduced to Jackie by Sylvia Maloney who makes them and donates them to local communities’ Memory Care departments. These fidget blankets fit in lap of residents with items sewn on such as buttons, dolls, zipper and pockets. These items enhance sensory hand movement. 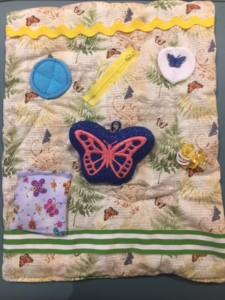 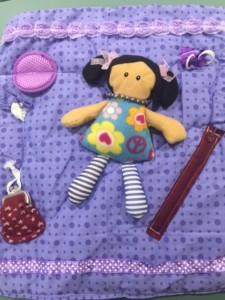 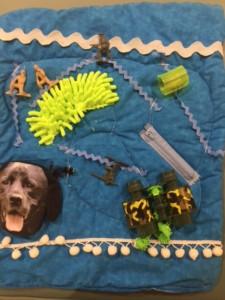 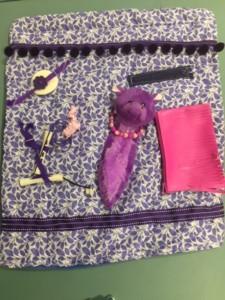 Jackie also works with a group of ladies from First Baptist Church of Brandon, the Busy Hands Crochet Ministries who hand-make lap blankets for those in wheel chairs.  These ladies will be invited for lunch where they will present the lap blankets to residents. 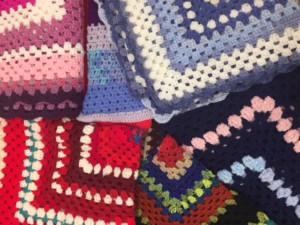 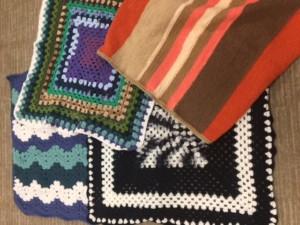 Other fun activities Jackie has in store for residents include, a visit to Turkey Creek Stables where horses are boarded along with other animals. Residents will enjoy a picnic lunch and feed the animals carrots and apples.  During the hockey season, residents have been invited to the Ice Sports Forum to watch the hockey team practice.  Residents will also be able to attend the Manatee Viewing Center at Apollo beach and have dinner on the beach at Sunset Grill in Ruskin. In addition to attending local plays and theatre productions, churches and schools will visit Twin Creeks to sing Christmas carols. There will also be the opportunity for residents to see Christmas lights.

Jackie’s involvement with the community’s veterans and animal population is an example of the commitment and passion she has to provide fulfilling and exciting activities for residents at Twin Creeks.

We use cookies on our website to give you the most relevant experience by remembering your preferences and repeat visits. By clicking “Accept”, you consent to the use of ALL the cookies.
Do not sell my personal information.
Cookie SettingsAccept
Manage consent

This website uses cookies to improve your experience while you navigate through the website. Out of these, the cookies that are categorized as necessary are stored on your browser as they are essential for the working of basic functionalities of the website. We also use third-party cookies that help us analyze and understand how you use this website. These cookies will be stored in your browser only with your consent. You also have the option to opt-out of these cookies. But opting out of some of these cookies may affect your browsing experience.
Necessary Always Enabled
Necessary cookies are absolutely essential for the website to function properly. These cookies ensure basic functionalities and security features of the website, anonymously.
Functional
Functional cookies help to perform certain functionalities like sharing the content of the website on social media platforms, collect feedbacks, and other third-party features.
Performance
Performance cookies are used to understand and analyze the key performance indexes of the website which helps in delivering a better user experience for the visitors.
Analytics
Analytical cookies are used to understand how visitors interact with the website. These cookies help provide information on metrics the number of visitors, bounce rate, traffic source, etc.
Advertisement
Advertisement cookies are used to provide visitors with relevant ads and marketing campaigns. These cookies track visitors across websites and collect information to provide customized ads.
Others
Other uncategorized cookies are those that are being analyzed and have not been classified into a category as yet.
SAVE & ACCEPT